425
SHARES
8
VIEWS
Share on FacebookShare on TwitterShare on EMail 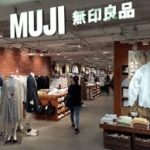 I left residence about 3 pm and biked.  It has fairly a little bit of hills to get there (up hill and down hill), so I used to be struggling. (I noticed fairly just a few folks on bike, however majority are electrical bike and so they appeared to be going so easily, whereas I used to be struggling!  I went to MUJI (one of many goals to go to Jiyugaoka), had latte at Starbucks (couldn’t discover place inside, so I drank latte simply outdoors standing). I finished at Peacock grocery retailer to select up  just a few gadgets and got here residence, earlier than it began getting darkish. 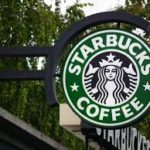 It was some 8k altogether and was fairly refreshing.  (good train, too!) Now I do know that I can bike to many locations, although generally it’s a bit scary as roads are so slender and the bike route is even narrower.

That is one exercise I can do whereas it’s gentle!  (I’m making an attempt to vary my routine, because it will get darkish and chilly very early within the night)

Creativity Behind Bars – a New Approach

Creativity Behind Bars - a New Approach

3 Questions for a Retired Academic Librarian | Inside Higher Ed

‘Debilitating’: how effects of pandemic linger on for Britain’s young

Can the English Major Be Saved? | Inside Higher Ed

Teachers in England at ‘the end of their tether’, says union chief

‘They miss out’: soaring rents and insufficient support force more uni students to live with parents